From the directors of the multi-award-winning global hit The Corporation, comes this hard-hitting and timely sequel. The New Corporation is a hugely important film. It reveals how the corporate takeover of society is being justified by the sly rebranding of corporations as socially conscious entities and saviors of humanity.

From gatherings of capitalist elites in Davos, to climate breakdown and spiraling inequality; the rise of ultra-right leaders to Covid and racial injustice, The New Corporation looks at corporations’ devastating power. Countering them is a groundswell of resistance worldwide as people take to the streets in pursuit of justice and the planet’s future. In the face of spiraling inequality, climate chaos, and the hollowing out of democracies, Joel Bakan´s and Jennifer Abbotts film is a cry for social justice, deeper democracy, and transformative solutions. 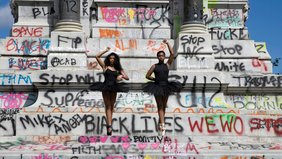